Derby day in Glasgow is fast approaching and it is set to be one of the most highly anticipated matches in the past few years with Rangers aiming to move within three points of their Old Firm rivals.

It was only a few months ago when Celtic looked as if they were going to cruise to a seventh title in row, fast forward to March and a resurgent Rangers side have closed the gap and put big pressure on the champions as we head into the third and arguably the most crucial match of the season so far. Both teams head into the game on the back of victories after Celtic comfortably beat Aberdeen two nil at Pittodrie and Rangers swept aside St Johnstone with ease as they recorded a four one victory up in Perth.

Despite a few shaky performances and having an injury hit squad, Celtic are still big favourites as they’ll be aiming to put to rest any doubts of their title credentials when they visit Ibrox on Sunday. With the points gap between these two closing in recent weeks it does appear the pressure is all on Celtic, but Brendan Rodgers believes otherwise:

“It’ll be a tough game for us at Ibrox, of course, but we’ll get ready. There’s huge pressure on Rangers in the game so we’ll be working on some elements of where we can hurt them and prepare really well for that and go there with confidence. They’ve got a bit more spirit, from what I see, and they’ve probably found a consistency, but they’ve played without pressure for most of my time up here so they’ll feel this little bit of pressure in the game because it’s a game they have to win.”

Or is the Celts boss just trying to play some mind games?

His counterpart Graeme Murty hasn’t responded and has been letting his men do the talking for him on the pitch. With nine wins from 10 in 2018 and 31 goals scored, its fair to say that confidence is high in the Rangers ranks and quite rightly so.

Their opponents haven’t been in the worst form either with seven wins from nine domestically and 19 goals scored, I think we can all agree that Sunday could be a high scoring affair should both teams continue the way they are.

Since joining his boyhood club in January it’s fair to say that the young midfielder has made a big impression and many of the supporters believe that his dynamic and industrious performances since he arrived is something the team has been missing. Should he play on Sunday he may well be a key figure for the Gers in the middle of the park. 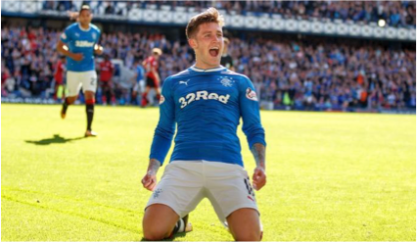 Many would argue that on current form he’s the league’s best player, and with 10 goals from 10 games in 2018 it’s hard to argue otherwise. Looked down and out under Caixinha but has been revitalised by Murty and is always a constant threat now that he’s in his preferred position.

After coming back from injury the French international looked out of sorts and it seemed inevitable that he would leave in January to head down south. However, since the transfer window shut, the forward seems to have found his form and Rodgers will look to him to once again be a thorn in Rangers’ side.

In the midst of what is possibly his best season for Celtic, Forrest will look to continue his form and to trouble the Rangers rear-guard with his pace and trickery. Will definitely fancy his chances of causing problems on Sunday. 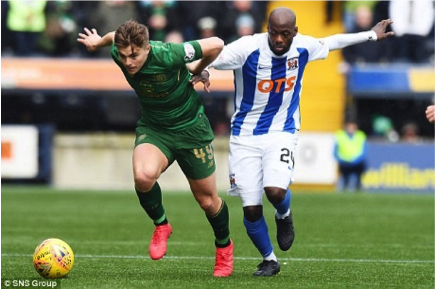 Like every Old Firm game there’s no guarantees and all form goes out the window, but one thing is for sure, come 12pm this Sunday, it’s going to be blood, sweat and tears at Ibrox as the title race heats up. What more could we ask for?

View all posts by scottrawlings1996