With the end of the season fast approaching we take a look at how Brown Ferguson’s Stenhousemuir side have fared so far and if they have what it takes to hold onto their play-off spot.

After the disappointment of relegation from SPFL League One last season many Stenhousemuir fans may have been wondering if the side had what it takes to bounce straight back up from Scotland’s bottom league. Fast forward from last summer to now though and Stenny sit 4th in the table, with two games in hand and only five left to play.  You could say a place in the play-offs is theirs to lose.

They started the season by finishing bottom of their Scottish League Cup group which added more pressure onto the team going into the season. However, the Warriors rallied themselves and took five wins from the opening ten matches – only losing two of those.
It was a solid start to life in SPFL League Two by Ferguson’s side and two of the summer signings have been inspirational. Mark McGuigan, who signed from Stranraer, started brightly and has now become the team’s main man. With 17 goals in 27 appearances this season his signing has proven to have been an excellent piece of business.

Despite McGuigan being the team’s top scorer, arguably the team’s driving force this season comes in the form of on-loan Hearts kid Harry Paton. He may not have scored a load of goals but he is the one who gets the team ticking, constantly keeping possession and his driving runs at the opposition defence to create chances have been a vital asset this season. He is highly rated by the manager, Ferguson, who said about him; “He’s pacey, he’s direct and he’s energetic. Harry’s like a sponge in the way that he takes everything in, he’s always listening and learning, and he’s still only young”.

Everyone at the club will certainly be hoping they can bring Paton back next season. He’s certainly a talent and one that parent club Hearts will been keenly monitoring.

Add these two summer signings, who have been a revelation since joining, into a team who are well organised, hard-working and good going forward and it’s little wonder that Stenny are in the play-off spots at this stage.

As they enter the closing stages of the season three of Stenhousemuir’s last five games are away from Ochilview and fans may be wondering if this will have an effect on the team’s chances as they have only won five games from fourteen away from home in the league.
After their recent draw away to bottom side Cowdenbeath the gaffer was asked about the performance, and the run of away games that lay ahead, and said; “It was a performance that was full of determination and spirit, there was good endeavour there and there was lots of fight. The play-offs are still in our own hands and we’re still in the mix so we have to take that fight and performance into the upcoming away games”.
Stenhousemuir have been solid all season and are rightfully in the play-off positions.  Despite having the quality to stay there, with a tricky run-in ahead, the question has to be asked – can they handle the pressure and gain promotion back to SPFL League One? If they are to do so, they face nine games in the space of thirty days that could shape the club’s future. 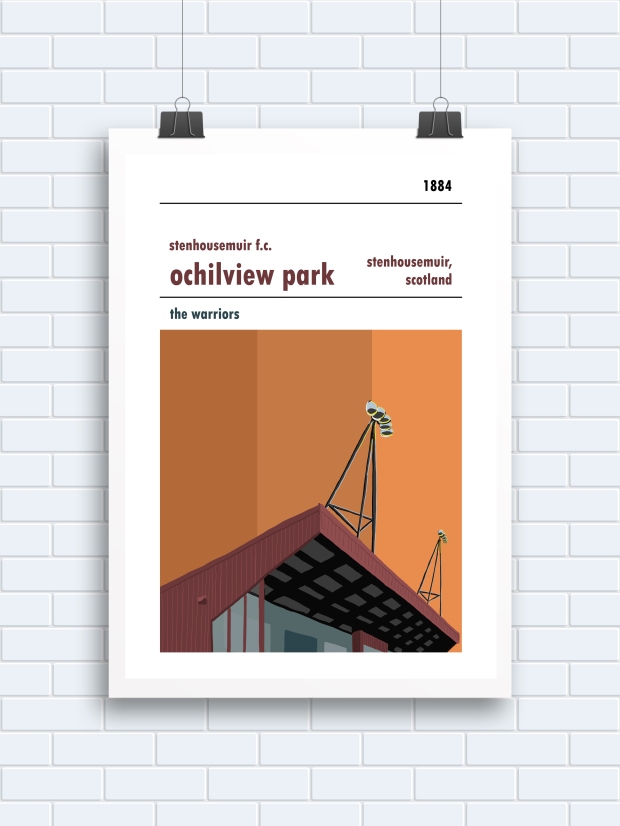 View all posts by scottrawlings1996