Steven Gerrard has made it no secret that the Rangers squad, on his arrival as manager, was not up to his expectations. Back to back third place finishes in the SPFL Premiership along with a lack of any silverware prior to Gerrard’s appointment do seem to support his thoughts that, as well as there being issues with the leadership and tactics prior to his arrival, the standard of player has not been good enough.

Gerrard has made nine additions to the playing staff so far and they make up the majority of what is expected to be his starting eleven for the 2018/19 season.

There is no doubt that the current Rangers transfer strategy under the guidance of Mark Allen seems to have brought in the calibre of player that Rangers fans have been crying out for. On paper at least these don’t look like the sort of high stake gambles that were made during the ill-fated reign of Pedro Caixinha.

Rangers have not only improved the spine of their squad but have also brought in some strong competition for places in the starting eleven. As an example; Jon Flanagan is a former England International looking for a road to redemption and he will battle it out with not only James Tavernier for the right back spot but also Declan John and Lee Wallace for the left-sided full back position.

‘I sat the young lads down on day one and told them they would come over to Spain and it was down to them to mix it with the senior players and let them know you’re here to challenge them,’ he said.

Gerrard has spoken about his faith in the current crop of Rangers youth players based at the newly named Hummel Training Centre and has backed up his words by taking five of them to the pre-season camp in Malaga, Spain. Players like Glenn Middleton and Robby McCrorie (brother of first teamer Ross) will be chomping at the bit for first-team minutes knowing that their manager believes in their ability.

However, the addition of these new signings and the integration of youth prospects makes the current Rangers squad a group of between twenty-five and thirty players all of whom will be aiming to be part of the starting eleven. This is unsustainable for Rangers – having the bear the wage costs of a lot players who are unlikely to be first team regulars would be a clear waste of resources.

Pure Fitbaw will take a look at three players (not including those we already know Gerrard has asked to leave such as Herrera, Cardoso and Forrester) who should look to leave Rangers as a result. 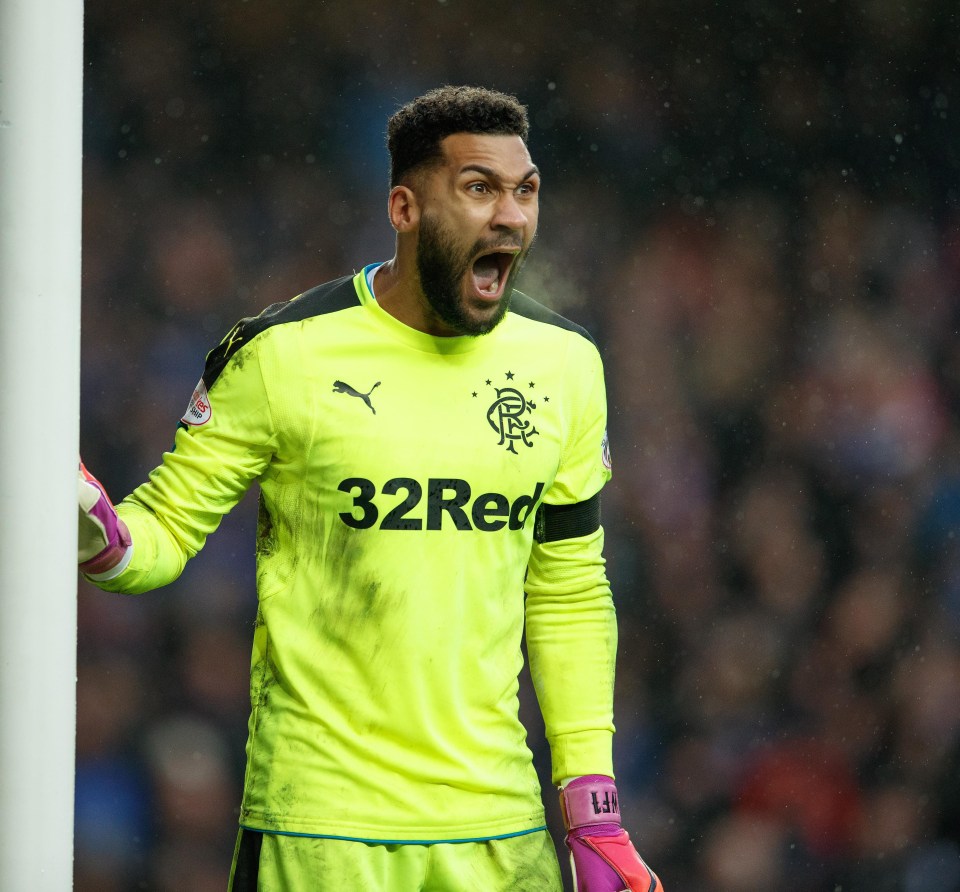 Wes Foderingham has always had mixed reviews from the Ibrox faithful throughout his 106 appearances since joining Rangers in 2015. He is a modern goalkeeper with fantastic reflexes and is also capable of playing with the ball at his feet which should appeal to managers of possession based sides.

Foderingham only kept ten clean sheets in the SPFL Premiership last season, 6th in the division for that measure, but the former Swindon stopper did have a very poor tactical set up protecting him in most of the matches, no consistent centre back pairing in front of him and defenders of low calibre such as Russel Martin on his side.

Birmingham – Gary Monk has reportedly told both of his keepers; Tomasz Kuszczak, David Stockdale that they are free to leave the St. Andrews club. Monk is renowned for his desire to play the ball on the deck and Wes Foderingham’s comfort with the ball at his feet and his ability to pick out mid-range passes will be a major appeal. Finally, Foderingham is five years younger than Stockdale and nine years younger than Kuszczak so would offer a longer-term solution if successful.

Swansea – The sale of Lukas Fabianski leaves the no.1 spot open at the South Wales club. Current squad members Erwin Mulder and Kristoffer Nordfelt might not suit the footballing philosophy ingrained at the club to the extent that Foderingham would so this could, for similar reasons as for Monk’s Birmingham, be a good move for all parties.

QPR – Another club that has sold their no.1 (Alex Smithies to Cardiff) which leaves a gap for an experienced keeper to come in. Manager Ian Holloway is another who likes his team to play possession based football building from the back and therefore could be tempted to swoop for Foderingham.

Lee Wallace’s dispute with Rangers is a sour final note to his time at the club considering the loyalty he displayed when the club was in their darkest hours. Wallace could have, like many others did, walked away and joined a new club while pocketing a bumper signing on fee but he opted to stay. Wallace has had a seven year stay at Rangers full of ups and downs and while it is fair to say that his tenure as captain was flawed and he will certainly not go down in history as one of the great Ibrox leaders he was fundamental in helping to return the club to the top flight.

The arrival of Declan John is the main reason why Wallace’s time is up. The Wales international is seven years younger and offers an upgrade to the Rangers back four both defensively with his pacey recovery ability and offensively with his marauding runs which were one of the team’s most dangerous weapons last season. The signing of Jon Flanagan, who has featured at left back while John has been injured, also adds to the likelihood of an immediate exit for the former Rangers captain.

Livingston – Wallace seems bound to be reunited with fellow Ibrox rebel Kenny Miller who declared his support for Wallace as the captaincy was handed over to James Tavernier. The move would be a real coup for Livingston and also ticks a few boxes for Wallace; guaranteed game time, closer to his hometown of Edinburgh and the likelihood of a coaching role at the club.

The biggest challenge will be financing for this deal. Wallace would certainly need to take a major wage reduction and Rangers would have to be willing to accept almost nothing in return for the player.

Plymouth Argyle – The Scottish connection with manager Derek Adams and a few former Ibrox teammates in Jamie Ness and Greg Wylde may be enough to tempt Wallace to have one crack at England before hanging up his boots.

Retirement – After being plagued with injuries for the last twelve months and having had an off-field spat with Rangers Wallace may feel that his time is up and may not want to go back into playing full time. This would be a shame as  the thirty year old could still offer something to plenty of clubs. 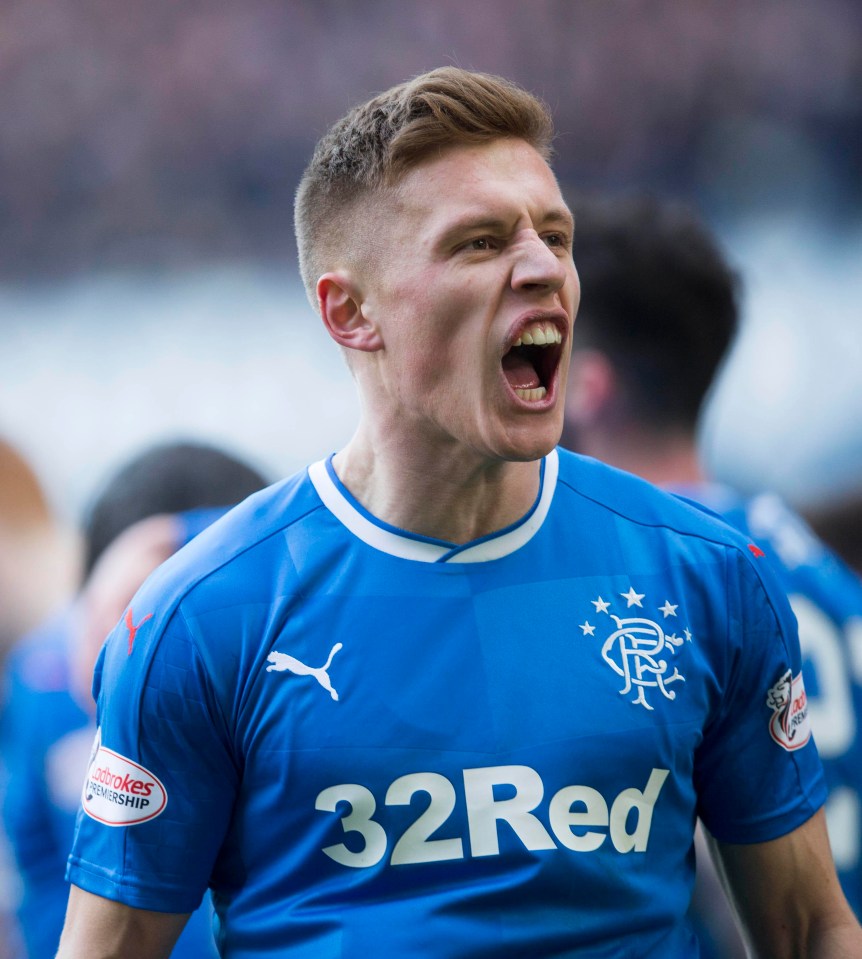 Greg Docherty will have known that the journey to become a Rangers first team regular would not be an easy one when he signed for his boyhood heroes in January 2018. Six months later and it is proving almost impossible to see the twenty-one year old getting the amount of playing minutes he needs in order to continue his development at the Gers this season. For this reason the time is right for Docherty to leave but unlike the previous players highlighted this would be as a short term loan move of six to twelve months and only if Rangers can find the right club to help develop the Milngavie native.

Docherty does have a lot of attributes that seem to fit the desired profile Steven Gerrard has spoken; fitness, desire and mindset. However, he does need to improve his end product. He is yet to score in his eleven Rangers appearances and only has six career goals in almost one hundred appearances for Hamilton Academical. It seems that Gerrard was particularly unhappy with the current dynamic and options in the middle of the park and has added Arfield, Coulibaly and Ejaira which may have pushed Docherty quite far down the pecking order. As well as these new additions former Aberdeen captain Ryan Jack, who had been showing why he is a good fit for Rangers, is nearing a return from injury and Gerrard has been playing winger Daniel Candeias as more of a right sided central midfielder so far. Docherty clearly has a lot of raw talent and there should be no panic considering he signed a long term contract at the club so recently – he just needs to get the playing minutes to shape and develop his ability.

With the caveat that this is measuring very limited minutes at Rangers (652) and these are creative outputs – which certainly don’t show all the qualities a box to box midfielder such as Docherty can provide for a team – it is positive to note that he appears to be providing much of the same for Rangers as he did for Hamilton but at a marginally better level.

As well as his noted physical attributes such as stamina and fitness the radar outputs indicate some smartness about his play – fairly high xG per shot shows he is shooting from good locations and the elite level (for SPFL Premiership) xA per Key Pass shows that when he does set up a chance it is in to a dangerous area.

As well as sustaining those good things it has to be hoped he will make more key passes this season and get on the end of more opportunities in order to get more shots on target.

Kilmarnock – Losing Youssouf Mulumbu was a huge blow for Killie and the energy he gave them across the full park when it came to closing down the opposition and recycling possession was on a different level to most other players in the league. Docherty offers a similar physique and engine to the former West Brom midfielder and that could be enough to tempt Steve Clarke into making a move for Scotland under 21 international.

Gerrard and Clarke also crossed paths during Kenny Dalglish’s second reign at Anfield and that relationship that is there may also be a factor in which Gerrard can trust Clarke and will know how he will coach and develop the young Rangers midfielder.

Charlton – Gerrard’s former England team-mate Lee Bowyer has a big rebuilding job at The Valley and with only eighteen first team squad members he may be keen to call in some favours to bolster his squad. A key factor in any potential move for Docherty has to be minutes on the pitch and Charlton’s late surge to the play-offs might also be enough of a reason to encourage the move from the player’s perspective.

Bolton – This would be an excellent move for Rangers as Docherty would face top class opposition every week in the English Championship. Bolton’s limited ability to sign players would make this appealing to both parties as there is no chance of the deal becoming permanent and both clubs are likely to be able to work on financing the deal correctly.

There are a few others in the current Rangers squad that you could leave before the transfer window “slams shut“. Who do you think that the club should look to move on? Does this open up more revenue to bring in further players and who and which positions should they target if so?

Tell us what you think at Pure Fitbaw on Twitter.