There are similarities with the origins of current Scotland striker Oli McBurnie. Although Montgomery was born in Leeds, only forty miles away from where he was to spend most of his professional career at Brammal Lane, he is every bit a proud Scot like his dad.

I played at the highest level in English football, was part of a promotion winning side in 2005/06 and multiple play off Final experiences with Neil Warnock’s side and reached a semi-final of the FA cup and the League cup.

I represented Scotland at Under 21 and in the Futures squad which was an incredible honour.”

Central Coast Mariners have captured the attention of not just football fans but the entire sporting world by having Jamaican sprint king Usain Bolt on trial in the small city of Gosford, New South Wales. Montgomery spoke about how he himself ended up in Australia.

Kevin McCabe, former chairman of Sheffield United had shares in the Central Coast Mariners so it was just a natural progression.

When I first joined the A-League in 2012 I was very surprised at how good the standard was. That year, when we (Central Coast Mariners) won the Grand Final, we had Tom Rogic, Matt Ryan, Trent Salisbury and Ollie Bozanic along with some very good experienced players in our side. A lot of foreign players come here from top European leagues and struggle. Since I have been here year on year it has improved even more and you are seeing an even better calibre of player plying their trade here.  The games are open and exciting but you also see that the tactical awareness and knowledge in the league is improving all the time.”

It is no surprise that the quality of play and tactics within Australian football is improving as there are experienced individuals moving into key roles and helping to increase the standard throughout the A League. Former Liverpool, Bayern Munich and Germany player Markus Babbel has become the new head coach for the Western Sydney Wanderers and Mike Phelan, Sir Alex Ferguson’s assistant manager at Manchester United, is a sporting director at the Central Coast Mariners and mentors the young coach Montgomery. A bumper TV deal recently agreed with the Fox network can almost guarantee that the bar is going to continually be raised.

The calmness and poise in Montgomery’s voice when discussing Bolt suggests that the Mariners coaching team are not fazed by what is currently going on at the club. Is this all just a PR stunt? Can the eight times Olympic gold medalist actually play football at a professional level?

“It’s a unique situation. Incredible, you might never see it again”

Montgomery could not be more accurate. This is a truly once in a lifetime scenario that knocks out Conor McGregor’s transfer from MMA to boxing.

“We had to get him up to speed. He had a long time off before he came in with us and we wanted to make sure that he integrated with the boys quickly and he has settled in so well. He is incredibly humble and his attitude has been spot on.

He just wants to learn and prove he can make the transition.”

It’s a completely different skill. You have to transfer that straight line speed into shorter four and five metre bursts and be able to pivot directions and react to the situations in game.

The boys have a laugh with him in training and there have been a few sprints!”

Bolt scored twice for Central Coast Mariners last Friday in a friendly and there are rumours of interest from European clubs, including Maltese champions Valetta FC.  Do the Aussie side have a head start in holding on to the Olympian?

“It’s up to the chairman and owners now to work out what happens next but he had a great debut and scored those two goals. For now he has only been training with us and we will see what comes of it.”

No matter what happens with Bolt the club are delighted to have gotten a loan deal for Scotland international Ross McCormack over the finishing line. Exiled by Aston Villa, the former Rangers, Cardiff, Leeds, and Fulham man has 170 goals in 482 career appearance and brings with him a vast amount of experience. He proved his capability in the A-League by scoring 14 goals in 16 appearances during a loan spell at rivals Melbourne City last season.

“When we had the chance to get a player of his quality, after a move to Rangers fell through, we had to do what we could to get Ross in.

He will really help us achieve our goals for this season. Having played against him I know first hand how dangerous he can be. Ross also showed his class in the A-League last year for Melbourne City and we actually think that he will be a perfect foil for the other striker we brought in – Matt Simon.”

Further increasing the Scottish connection at the Mariners is Celtic youth product Mike McGlinchey. Celtic had high expectations for the young Kiwi but a bad groin injury led to release from his boyhood club after just one appearance. He did make a handful of appearances for Dunfermline Athletic on loan from Celtic and then played in a few games for Motherwell, on loan during his first spell at Central Coast Mariners, so still has that connection despite switching allegiance back to the country of his birth (after playing for Scotland under 21s) and amassing over 50 caps for New Zealand.

“He has a lot of experience and knows the club really well. We played together here before and I’m delighted Mikey has resigned for us.

He can still offer a lot for us in the next few years.

It’s good to have Ross, Mikey and myself as a Scottish connection at the club and I know that we can play a big part towards the club’s rebuilding and get us back into the top 6”

Montgomery spoke about the talented players that are now developing in Australia and heading to European clubs. One of those players is Celtic’s loan signing from Manchester City; Daniel Arzani. 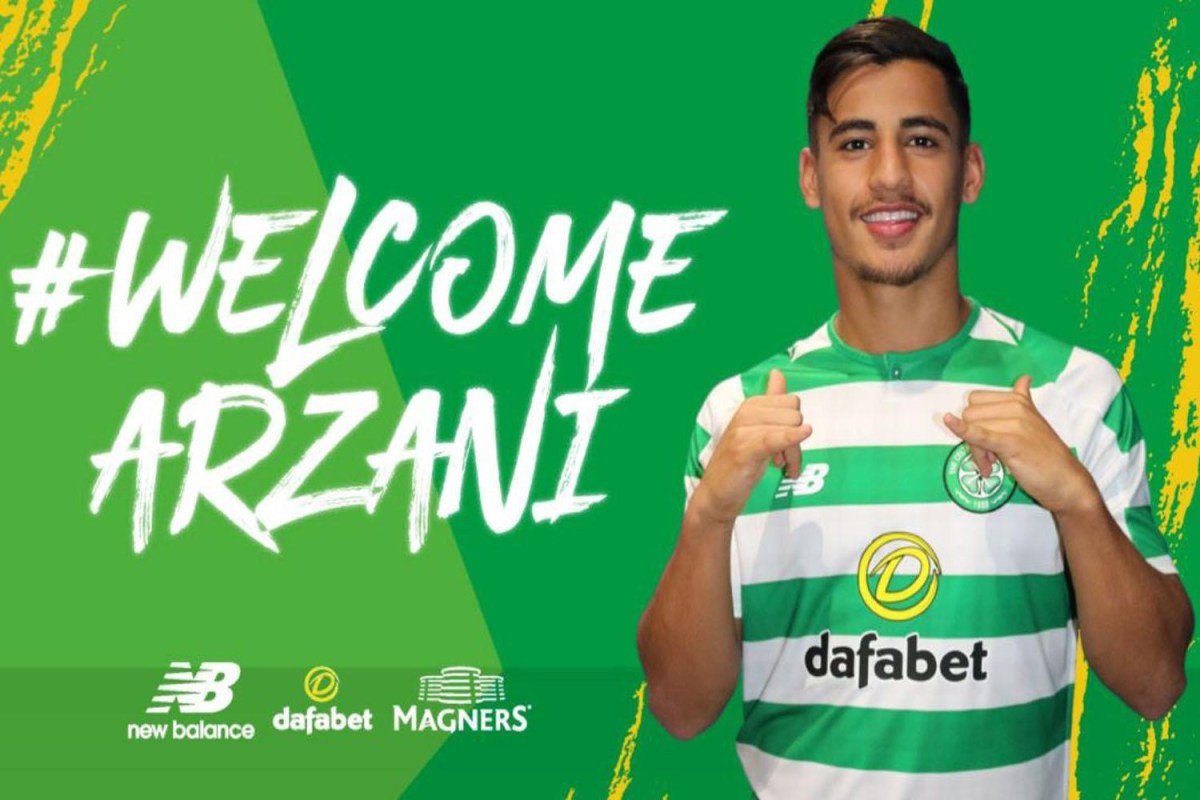 Celtic manager Brendan Rodgers has faced criticism for his lack of use of Arzani so far. Willie Wallace, one of the famous Lisbon Lions, recently asked;

“Rodgers is saying it’s going to be a while before he plays. Well, why are Celtic paying the wages and not Man City?

Why would you take Arzani for two years if he isn’t going to play in your team?

The kid, for me, will finish up a better player than James Forrest.”

Montgomery gave his take on the Aussie wonderkid;

“He is a firecracker.

You give him the ball and he is very aggressive with it and direct and creates. A really exciting talent. I know that the Australian national team has high hopes for him but it will be different playing in a European league.

Hopefully it won’t take him too long to play at Celtic and the fans will really enjoy watching him. He is unpredictable and it will be really interesting to see how he develops.”

Montgomery was enthusiastic as we concluded by discussing the coming season and his own future. Most impressively he has a calm nature which grabs your attention as soon as he speaks and it is easy to understand why he was a leader on the pitch. The transition to becoming a leader on the touchline will not be far away.

“I am working towards my pro license and I have got some incredible people to learn from at the Mariners. I already mentioned Mike Phelan but also the manager Mike Mulvey has previously won the A-League with Brisbane Roar and I am delighted to have people like this supporting me.

Who knows? One day maybe I will coach back in Scotland or England but for right now I am delighted to be part of the project that will be rebuilding the Mariners back to the top. That starts by working towards getting into the top 6 this year”