Saturdays defeat against city rivals Hearts emphasised all that has been wrong with the Leith club and in order to make the sun shine once more, they need to have a productive January in the transfer market.

Previous January windows have seen Hibs sign some diamonds but for every gem, there are two or three duds and Lennon must guard against making signings for signing’s sake. From Scottish Cup winners Fraser Fyvie, Niklas Gunnarsson and Anthony Stokes to the less than impressive Keith Watson, Franck Dja-Djedje and Faycal Rherras it shows that Graeme Mathie, George Craig and Lennon will need to be extremely diligent in the first month of the year and the sooner the better. 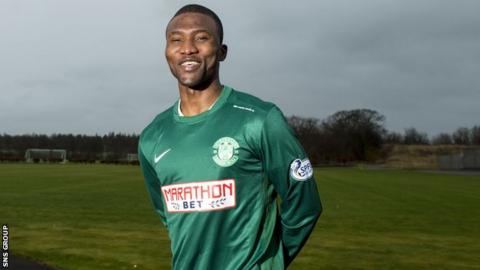 Despite decent results against both halves of the old firm the last two months or so have been excruciating for the Hibernian management and extremely poor fare for the supporters watching on. Last season Lennon pulled no punches in replenishing his attacking options having deemed Anthony Stokes and Simon Murray as not doing enough. Jamie MacLaren and Florian Kamberi were loaned and both have since returned to the club but that’s where the similarities end.

MacLaren has barely played since his loan arrival from SV Darmstadt 98, scoring only one goal that coming against Aberdeen in August. He’s now away on Australian National Team duty in the Asian Cup finals but when that the tournament comes to an end will the Melbourne born star be a Hibee? The general feeling is Lennon will look to cancel the loan, obviously, the uncertainty may be the contract they agreed with Darmstadt but if allowed then MacLaren may find himself heading back to Germany.

He’s offered very little and Hibernian need a monumental run of wins to haul themselves back into contention for the European places so they need everyone shooting in the same direction, defending with their lives. This may see MacLaren and his strike partner Kamberi surplus to requirements just a year on from when they were summoned to come in to lead the line and subsequently fire the Hibees into Europe. 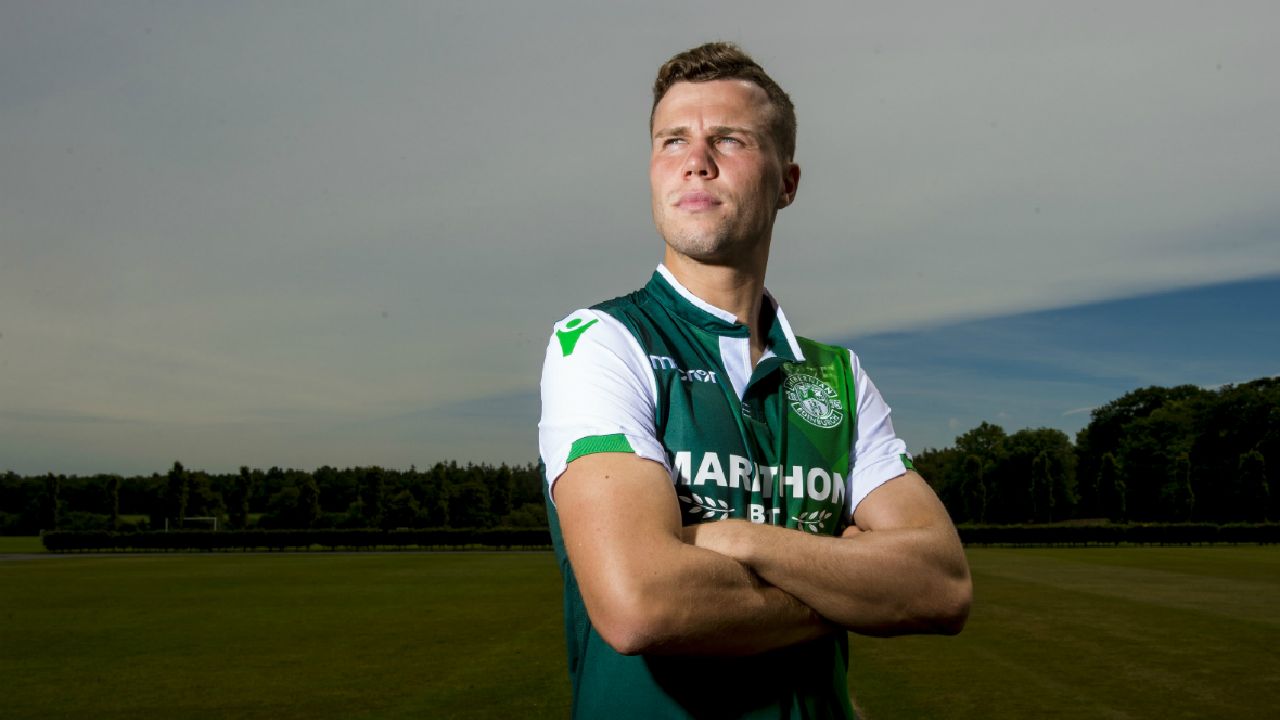 Kamberi has rightly taken some stick from his manager and the support but it’s not all the striker’s fault. He isn’t a target man in the sense that you can play the direct long ball into him above chest height and expect him to hold it in, then bring his teammates into play he’s more technically minded and shone last season with a better midfield behind who could all play football, would all look for the cutting edge as soon as they could supply the strikers with some fantastic service.

Kamberi, though, even before Lennon slated him in the press has looked uninterested and demotivated, these disappointing characteristics have clearly not been lost on his gaffer and the paying punters. Joining on a three-year deal, in the summer, following a very fruitful loan spell in the second half of last season his arrival was met with delight by all at the club. He had more than earned his move with a great return of fourteen goals in his seventeen games, assisting a further two goals but whilst his return this season looks decent at first sight his numbers have been greatly increased in high scoring games against Faroese cracks NSI Runavik and a struggling Hamilton side. In 24 games so far this season he has contributed to fourteen goals but with three goals and four assists coming in the above respective matches his figures are somewhat flawed and he really needs to step up to the mark.

As well as the defeat to Hearts, fans leaving the game were left wondering about the future of their Nigerian centre-back Efe Ambrose, who stayed out on the pitch that wee bit longer than his teammates appearing to take one last look around the famous old stadium. Ambrose was the standout player on Saturday evening and would be a massive loss if the derby day defeat was to be his farewell.

Creativity and invention is the loss of their dynamic midfield and one-third of that was the mercurial Scott Allan who brings all these skills to the table and more. His presence at Saturday’s Edinburgh derby was a welcome sight and there is a hope that he will return. In his 12 league appearances on loan from Celtic, Allan returned a fantastic 1.92 points per match and was involved in 8 goals including a great strike against Hearts in a two-nil derby triumph and also a finish from a tight angle against Kilmarnock at the end of a fantastic move which epitomised the class of the midfield incumbents of the season past. His initial spell with Hibs was soured by a transfer request and a want to join his boyhood team Rangers but in his second spell at the Leith San Siro his performances were again a joy to behold and whilst there would instant pressure to succeed this is a boy with great talent. He ideally needs somewhere he can call home and what better place to do it than repaying the adoring Hibs fans for that transfer request.

He may find it harder to make such a good impact this time around given his lack of playing time since the summer. He was on the bench for Celtic’s first three games of the season in their Champions League qualifiers, not making an appearance before not being quoted in any of their further matches across four competitions. He made an immediate impression last season but he had contributed healthily to Dundee’s season playing 16 league games and keeping his legs match fit. An obvious concern but one that a chance will likely be taken upon if there is even the slightest hint of a deal being done.

Other transfer rumours include another highly rated Scottish number 10 in Sporting Lisbon Ryan Gauld. He’s currently on loan to SC Farense in Portugal but it’s believed that he wants to return home and Lennon is monitoring his availability.

Glen Kamara of Dundee is exactly the type of player Hibernian need and his combination of technique with robustness offers a different option to what Lennon has available at the minute. With Bartley out injured, Mulligan away on international and really failing to impress since his arrival, a defensive midfielder should be high on Lennon’s agenda.

So what of a new forward pairing should Hibs decide to reinvent their strike force once again? Tom Eaves and Jason Cummings are two names being linked with a move to Easter Road and whilst Eaves may appear to be a bit out of Hibs price range his goalscoring record certainly looks worth a punt. 15 goals in 27 games so far for Gillingham is a great return considering his team sit in a lowly 18th place in League One. Cummings is well known to the Hibs support following his previous spell which saw him help his side to a Scottish Cup win for the first time since 1902 in 2016. With 71 goals in 149 appearances for Hibs it’s easy to see why the Hibees support would look longingly at their ex-player but the majority of these goals were in the Championship and he failed to make too much of an impact at Rangers last season when on loan from Nottingham Forest, notching only 2 league goals in 15 appearances.

Tommy Block, 18, has signed his first professional deal to join Hibs from Bognor Regis Town but more than likely it will initially be one for the development squad although his early football career has been played in a defensive midfield role. His combative nature may see him meteorically rise to play each week in the Scottish Premiership.

Hibernian made five January signings last season if you don’t include Scott Bains two week stay at Easter Road before he was used as part of a three-way deal with Dundee and Celtic which seen the aforementioned Allan return to Leith. It may take at least five this time around to turn this season on its head, make a charge for Europe and possibly have a tilt at winning the Scottish Cup.

No matter who comes in they will be expected to hit the ground running.

View all posts by andrewjeffrey70