2018 was a strange year for Motherwell fans…

There were some great highs, such as reaching the Scottish Cup final, our second major final of the 2017/18 campaign and beating four top flight sides on the way to what was a magnificent day, despite being on the wrong end of a 2-0 scoreline against Celtic at Hampden.

However, after another summer where Stephen Robinson was active in the transfer window, it’s fair to say that so far the 2018/19 season has been fairly underwhelming.

The style of football on display has been unattractive, the results not much better and except for Danny Johnson and Mark Gillespie, the summer recruits have struggled to make much of an impact. Indeed, had it not been for the year ending with Tom Aldred’s double claiming the bragging rights in the Lanarkshire Derby at Hamilton, the enthusiasm for the year ahead among the supporters would have been extremely low. 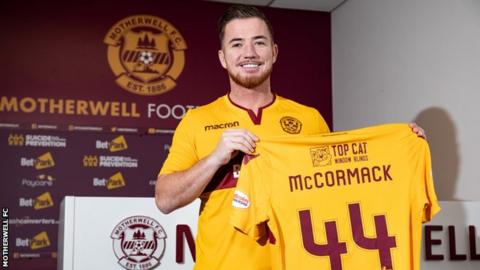 I penned this article at the end of the week, when Ross McCormack was yet to secure his return to Fir Park, but fear not, I agreed to the overtime in order to bring everything up to date – I’m dedicated if nothing else.

It’s also important to remember those who have left us, six players have already headed for the Fir Park exit door, most notably Ryan Bowman who joined Exeter City and Ross MacLean who having enjoyed a fairly productive loan spell at Morton, has joined Falkirk on a permanent basis.

We’ve not been short of rumours as to potential new faces who could join McCormack in pulling on a claret and amber jersey, and Robinson will be hoping he can replicate the success of his January signings from last year when Tom Aldred, Nadir Ciftci and Curtis Main all were brought in, making a big difference in the latter stages of the season.

It’s impossible however, not to begin by focusing on the signing that has certainly captured the imagination of the ‘Well support. Had I suggested Ross McCormack making a return to Fir Park at any point in the last 10 years, I would have (probably quite rightly) come in for a fair degree of ridicule.

Those who shared the speculation of McCormack’s return on social media and fan forums came in for the same treatment until the man himself appeared at our fixture at New Douglas Park, sitting beside chief executive, Alan Burrows – maybe there was something in this after all.

The former Cardiff, Leeds and Fulham attacker has enjoyed an impressive career since leaving Fir Park in 2008, he has moved for significant transfer fees on numerous occasions – most recently a £12million move to Aston Villa and while his move to Villa Park hasn’t worked out. McCormack is undoubtedly a player of great quality and a move back to Lanarkshire is one that will bring him closer to his family and hit the reset button on his career, perhaps in a similar fashion to his former Scotland team-mate Steven Naismith has at Hearts.

Another attacking player who also could be joining the ranks is Queen of the South attacking midfielder Lyndon Dykes. The 23-year-old has built a reputation as a key part of the Doonhammers’ attack, creating a number of goals for their prolific marksmen Stephen Dobbie.

When I asked a friend, who has seen Dykes in action on several occasions this season, he described him as very effective, quick and good in the air. Another promising aspect is he appears to offer more of a creative threat, something that we’ve badly lacked from our midfield players so far this season.

Another player linked with a loan move to Fir Park is Stoke City left-back, Josh Tymon. Now this is music to my ears after enduring painful years watching a number of players trying and failing to fill the big void left by Steven Hammell, who racked up almost 600 appearances in that position over two spells with the club.

Tymon has been capped at under-20s level with England on five occasion and has experience of playing in the Premier League from his time with Hull City. This season he’s been limited to appearances for Stoke’s under-23s and the opportunity of first team football could prove to be the perfect chance for him to gain valuable first team experience.

There would little surprise if there are still more players to leave the club, even after a busy first three days of the transfer window. Robinson has already stated the need to freshen up and strengthen his squad – to do that he’ll need to get some players off the books.

Both Curtis Main and Connor Sammon have endured a poor first five months of the season and there would few fans who would be disappointed to see either move on. Main has cut a frustrated figure and seems like a shadow of the player who bullied the Aberdeen defence in the 3-0 semi final victory at Hampden back in April. The arrival of Sammon confused many supporters at time and even more so after they’ve seen him play – a return to his parent club, Hearts would be the perfect ending. Another potential departure is Gael Bigirimana, who despite enjoying an early run of games at the start of the season, giving the supporters hope we were finally getting the form he produced during his time at Coventry City, has struggled to maintain his form.

The good performances and a run of games have for the best part evaded the popular midfielder, with the manager singling him out for criticism for not being wiling to do the leg work and losing his man for goals on more than one occasion. There was interest from teams in England during the summer for Bigirimana and the time may be now to remove one of the bigger earners from the payroll.

What is for sure is that the transfer window will be yet another busy one for Motherwell under a manager who has overseen substantial changes during each of his three previous transfer windows at the club.

January is often seen as a difficult time to do transfer business, but Robinson clearly feels it’s necessary and having watched the team struggle in the first half of the campaign it’s difficult to disagree – this will be a massive month in repairing the effects of getting it wrong in the summer months and with his own contract up in the summer, it could be a pivotal in determining his future at Fir Park.

McCormack is a fantastic start and one that’s come as a huge lift to the supporters, now we’re ready for more..