The winter break is over! Wipe the sleep from your eyes, knock the remnants of a James Tavernier flung snowball from your hair, briefly register the shock of Auchinleck Talbot’s giant killing triumph in the cup and strap in for the return of the Scottish Premiership.

One of the stories of the season has been the appointment of Steven Gerrard as Rangers manager. Ahead of tonight’s Kilmarnock versus Rangers clash (with added Jordan Jones flavoured spice ) two Pure Fitbaw writers had a quick WhatsApp conversation rating Gerrard’s time at Ibrox so far.

The European adventure must have been beyond what any Rangers fan thought was possible this season and the additional finance for qualifying for the groups is much needed in creating stability at the club.

Rangers being within touching distance of Celtic is important for the season. Whether Rangers win or not i think the way it plays out is important.

Gerrard seems to have improved Morelos who is only two goals away now from what he got in all of last season.

I’ve been impressed by how he just gets things done – like in terms of the player recruitment. Now that may be partly due to improved quality of guys in recruitment roles and Rangers having more stability as a club but I think the respect Gerrard commands (within the club) and his high expectations are a tick in this regard.

A negative for me in terms of recruitment is that although generally it has targeted the right kind of positions it is generally quite unimaginative, not smart and in my view indicative on someone relying on contacts rather than actual creative thought and smart scouting (i.e players recruited tend to be Liverpool loans or former Rangers players or players from teams Rangers have played against). 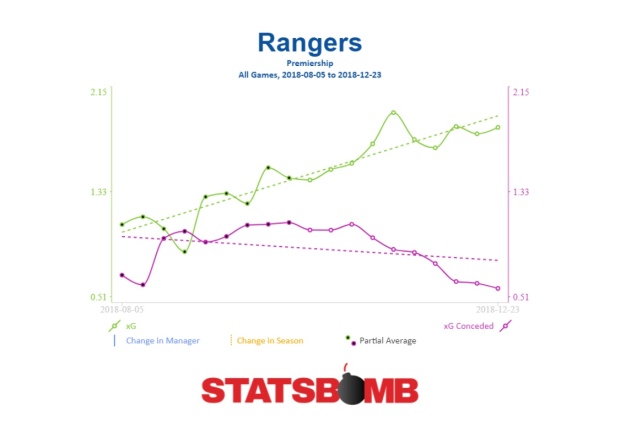 He doesn’t seem to have a variation in tactical set up – seems to be 4231 or bust.

Huge game on @btsportfootball as #Rangers take on #Kilmarnock in the Scottish Premiership!

How would your #Rangers starting forward line look tonight?

The handling of the Carlos Pena situation was poor – being so negative about it all is not going to entice potential buyers also has not given the player a chance.

In terms of on the pitch I understand the concerns that he doesn’t have much of a plan B but look generally his plan A works and he might have a plan B once he has the players for one (we will see, that ties into possible recruiting issues flagged above). I think the on pitch issues arise when he doesn’t have courage in his convictions (I.e v Motherwell and v Celtic when he played Lafferty and went long ball) and around Europa league games when he was unsure how to rotate best. Experience will help him with this.

I think off the pitch he has been great. The feeling that beating Celtic gives is obviously incredible for Rangers fans but it’s the more day to day things that he can control that I rate. He’s a good leader who is clear in his standards and respects the club and his position. I think just having that is good for the mental health of the club as an entity. I would forgive possible mis-steps re Ejaria, Pena etc as fairly minor. 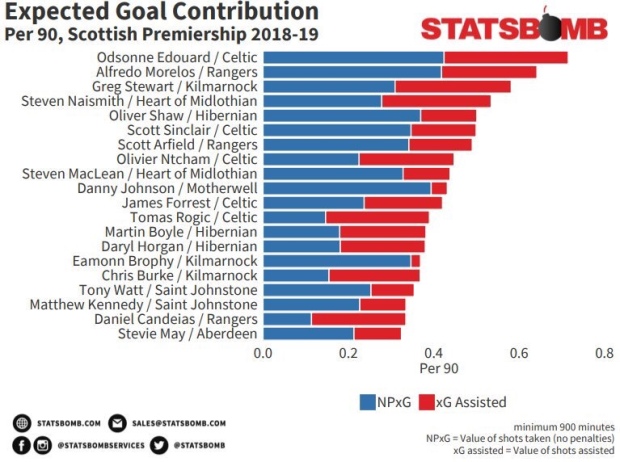 Who’s contributing to attack in the Scottish Premiership?

Overall there is a clear process at play and it is leading to progress. Needs some help giving up control on recruitment (major issues for me on horizon replacing McGregor and Candeias and building an actual medium term squad) but I think I would give him 7/10 right now.

I think you’re right in terms of his leadership capability and standards, I think the improvement of players in the squad E.G Halliday / McRorie / Middleton will come largely from what he is instilling. I would give him 8/10.

What’s your score for Steven Gerrard? Let us know at Pure Fitbaw