Can Kenny McLean shine in the Premier League?

Norwich City’s Scottish midfielder Kenny McLean joined the club with a fair amount of fanfare last summer, having previously impressed in Scotland with Aberdeen and prior to that St Mirren.

McLean is a one-time teammate of former Canary James Maddison, who spent the first half of 2016/17 on loan at Pittodrie, and the Scot came with a high recommendation from the now-Leicester City midfielder. 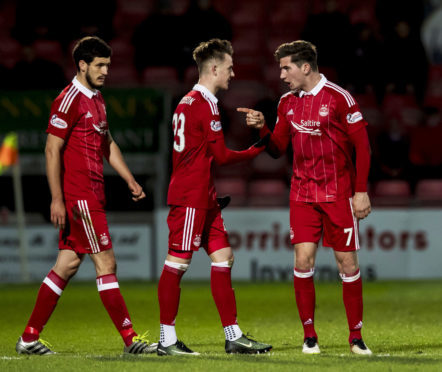 Speaking to EDP24 back in May 2018, Maddison said of McLean: “I remember when we signed him, I told the boss, ‘We have signed a good player there’

“He is a midfield player with a lovely left foot and a great passing range. He has a good engine, he can get up and down, and he can score goals.

“I think Norwich will be very happy with the business they have done there when he is in the building and playing next season.”

It was glowing praise from a man who has since shone in the Premier League and received an England call-up.

No wonder then, that Norwich were so determined to get their man that they paid Aberdeen for McLean’s services in January 2018 before loaning him back to the SPL side despite his contract expiring that summer.

Norwich’s expectations going into 2018/19 were tempered, after a mid-table finish and with the sales of Maddison to Leicester and youth product Josh Murphy to Cardiff being the main headlines of the summer, but the acquisition of McLean was seen as an exciting piece of business at the time.

His debut lived up to the hype, coming off the bench to help Norwich come back twice against Birmingham City in a 2-2 draw at St Andrew’s Stadium on opening day, prompting Head Coach Daniel Farke to start him in the 4-3 home defeat to West Bromwich Albion.

However, McLean then sustained an ankle ligament injury in an EFL Cup game against Stevenage and, with City unexpectedly challenging right at the top of the Championship on his return from that injury, he struggled to regain his place in the starting eleven in the league until February, managing only a handful of brief substitute appearances before then.

Injuries to key midfield men Moritz Leitner and Mario Vrančić finally gave McLean the opportunity to start and he grasped it with both hands – in his first league start since August, he made a wonderful chipped assist for Emiliano Buendía in a comprehensive 4-0 away win over Bolton Wanderers.

His involvement in the starting line-up coincided with an eight-match winning run for Norwich on their way to winning the Championship title and McLean scored twice in a vital 3-2 win over Bristol City – not bad for a player who had barely played for six months.

He would never relinquish a starting spot from that point on, scoring three goals and assisting six and his form earned him a recall to the Scottish national side.

McLean scored on his competitive international debut in a 2-0 away win in San Marino in March before helping his country to a 2-1 win over Cyprus at Hampden Park in Steve Clarke’s first home game in charge as Scotland manager.

McLean’s role at Norwich City has been the more offensive of two deep-lying midfielders in a fluid and aggressive 4-2-3-1 formation, with the idea that he is the clear link between the defensive and attacking phases of play.

A lot of the former Aberdeen man’s hard work goes unnoticed during games, but that it is because he is a tidy operator who rarely makes mistakes at the base of the City midfield.

So far, he has impressed at Norwich, and, although he sometimes doesn’t make himself available enough when City have it at the back, especially in the earlier games of his fledgling City career, it is clear that he is a player with two good feet and is capable of fitting into a fine footballing outfit.

McLean was a key cog in the final stages of Norwich’s Championship title success and is a popular part of the dressing room, as evidenced by crowning himself the Mayor of Norwich during the club’s promotion parade, something which has made him a cult hero with the Canary faithful.

His quiet and unassuming style of play on the pitch is the exact opposite of what McLean’s character is like away from the game and I mean that in the nicest possible way.

As City gear up for their first Premier League season in three years, it’s clear that a lot of players will have to contribute if Norwich are to have a prolonged period in the top flight.

Competition for places at Norwich in McLean’s position is already strong, with both Moritz Leitner and Mario Vrančić possessing bags of ability, so he might not be always in the starting eleven but he is doubtless a worthwhile member of a squad looking to spring a surprise or two in the Premier League.

One thought on “Can Kenny McLean shine in the Premier League?”