The first round of fixtures in the Scottish Championship has now come and gone and there are plenty of talking points.

Dunfermline Athletic and Dundee opened the 2019/20 Championship campaign with a 2-2 draw at East End Park on Friday night whilst the other eight teams started their respective seasons on Saturday.

Heading into the season, it was quite difficult to tell just how Stevie Crawford’s side would do given how young it is but after their showing against Dundee, its clear that they’ll be no push-overs.

Ryan Dow and Kevin Nisbet had Pars two goals to the good but two penalties from Danny Johnson, the second of which was controversially awarded, ensured the points were shared.

The Pars performed particularly well in the first half but dropped off in the second half in a performance very much reminiscent of the 3-2 Betfred Cup win over St. Mirren.

Lawrence Shankland is settling in very nicely at Dundee United

Lawrence Shankland didn’t hold back in his league debut as Dundee United thumped Inverness Caledonian Thistle 4-1 at Tannadice, with the Summer recruit grabbing all four goals for the home side.

The 23-year-old netted his third, fourth, fifth and sixth goal of the season in all competitions as the Arabs proved to be a class above John Robertson’s side. 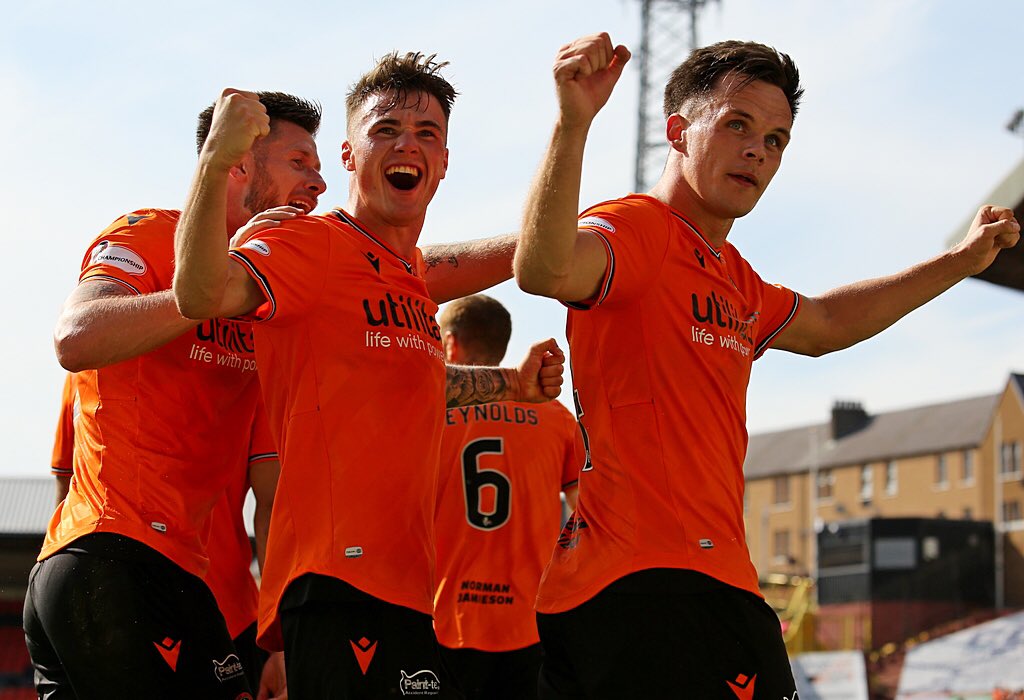 Shankland has hit the ground running in tangerine | Photo: @dundeeunitedfc

Alloa still as difficult as ever to beat

Many had real fears for Alloa after manager Jim Goodwin departed but new boss Peter Grant has managed to carry on Goodwin’s legacy by ensuring that the Wasps remain a hard team to beat.

Alloa held the much-more fancied Partick Thistle to a 1-1 draw at the Indodrill stadium and led for almost half an hour after Alan Trouten scored before Joe Cardle pulled the visitors back level on the hour mark.