Another round of SPFL Championship football has now been and gone and just one team still has a 100% record in Dundee United.

Every team in the league has at least a single point to their name with Alloa Athletic currently propping up the rest of table.

Here is some things we learned about the Championship this weekend…

When Morton play goals are guaranteed

A week on from being on the receiving end of a 4-2 drubbing from Ayr United, Morton reacted in perfect fashion as they beat Alloa 4-1 at Cappielow.

Only one of Morton’s six competitive games thus far between league cup and Championship action has not seen one team score at least four goals and even in the game it didn’t happen it was still 3-3.

David Hopkin’s side have scored 18 goals so far this season whilst they have conceded 12 at the other end.

Dunfermline need to sort out second half no shows ASAP

For the second week running, Stevie Crawford’s side ultimately failed to turn up in the second half as they were forced to settle for a 1-1 draw away to Queen of the South.

Kyle Turner’s lovely goal from outside the box gave the Pars the lead just eight minutes in and it looked like the Pars were once again going to run riot in the first half, as they have done so many times already this season. 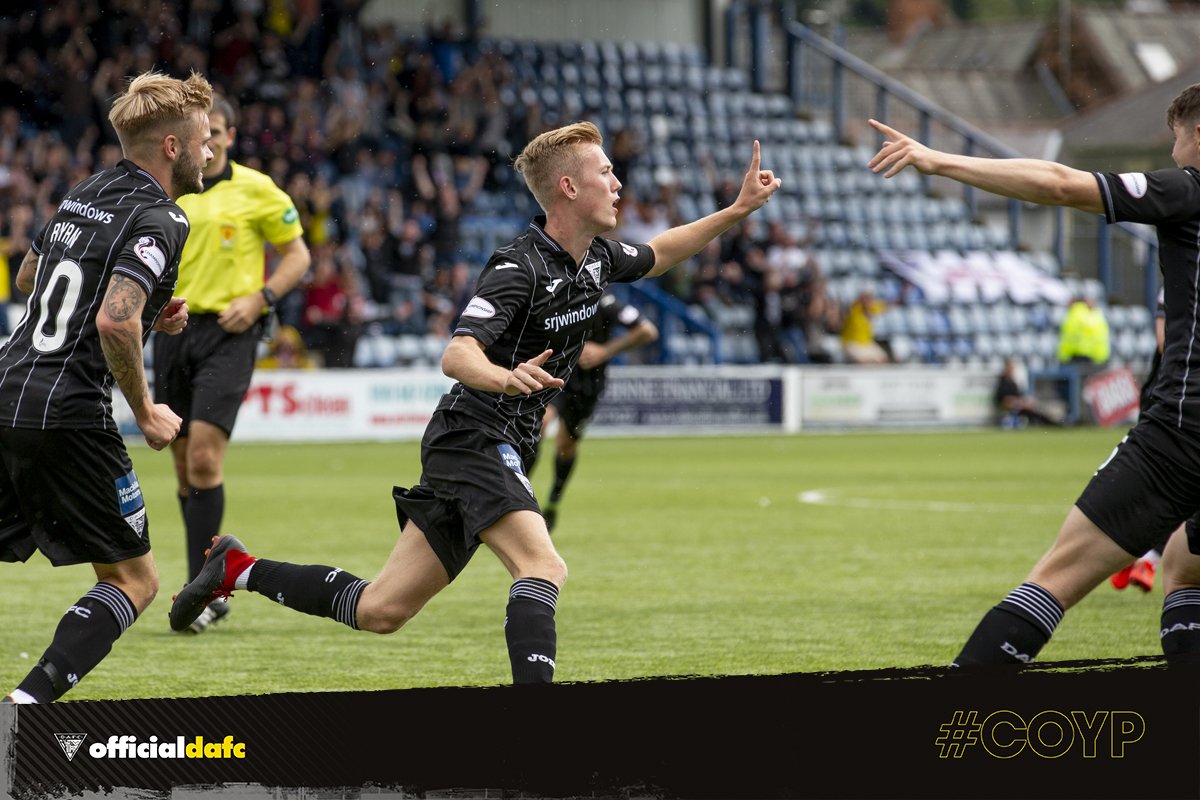 Turner reels away in celebration after scoring the opener | Photo: @officialdafc

Instead, after Turner’s goal, the Pars’ performance fell rather flat and they can perhaps consider themselves fortunate to have escaped with a draw after the Doonhamers came close several times either side of their equalising goal that came through Gary Oliver.

Ayr aren’t as bad as some expected

Having lost several of last season’s key players in Lawrence Shankland, Michael Rose, Declan McDaid, Robbie Crawford and Liam Smith, many were worried for how Ayr would cope this season.

The Honestmen overachieved last season and whilst it is unlikely they will be able to do the same again this season, they will be far from a bad team if their first two league performances are anything to go by.

As mentioned above, they put on a show as they destroyed Morton 4-2 and although they fell to defeat against Dundee at the weekend, they look as if they will do fine this season.