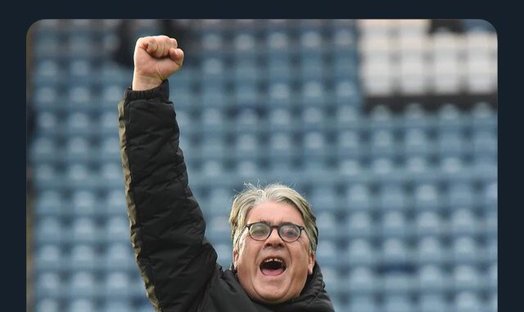 Saturday’s dramatic 3-1 win at Dens Park marked the end of Ian McCall’s fourth week of his second spell in charge of Partick Thistle. In a week where Gary Caldwell said that he needed more time to succeed at Firhill, I’m going to take a look at what his successor has done to revitalise the club in a month.

Ex-Ayr gaffer McCall has had five games in the dugout to date. The first we can almost write off. A 5-0 defeat at Parkhead in the League Cup quarter final was no surprise, especially after McCall, and his coaching team of Neil Scally and returning club legend, Alan Archibald, only had a day to train the players beforehand. Better teams than Thistle have already shipped five, or more, goals to Celtic this season – it’s been the results and performances since that have led the fans to believe that the team have turned a corner.

The four fixtures since have seen the Jags travel to Inverness and Dundee, and host Queen of the South in league duty, while taking on Welsh outfit Connah’s Quay Nomads in the Tunnock’s Caramel Wafer Cup. A haul of six points, including two 3-1 away wins, and securing a quarter final place in the cup is better than anybody could have realistically expected, considering just two points were amassed in the six league games before McCall came in. So how has he done it?

In a division of ten teams where margins are so fine, basic competence will get you a long way. In the last four matches, McCall has always opted with a back four. Scott Fox, Sean McGinty, Stuart Bannigan and Kenny Miller have been ever-presents through the core of the side. There have been some changes in other positions, but McCall has taken the team back to basics. Gary Caldwell was renowned for chopping and changing personnel and formations on a game to game, and even a half to half basis. It was hard for the team to generate any kind of momentum at the start of the season, as there didn’t seem to be any continuation of any tactic or selection choice. Players often looked confused and nervous. McCall has made sure every player on the park knows their role, and what a difference it’s made to the confidence of the players.

In goals, Scott Fox has returned to the sort of form you’d expect from a two-time winner of the Scottish second tier. He was arguably lucky to stay in the side after a sticky start to the season, where he and Jamie Sneddon shared the starting spot, with no rhyme or reason behind who would play. Sneddon himself did nothing particularly wrong, and it’d be superb to see him take the number one jersey long-term for the Jags. But for now, Fox has proved himself to be a key man. A superb save in the closing stages at Inverness, along with another solid stop from a header when the score was level at 1-1 against Dundee, have secured impressive away victories. 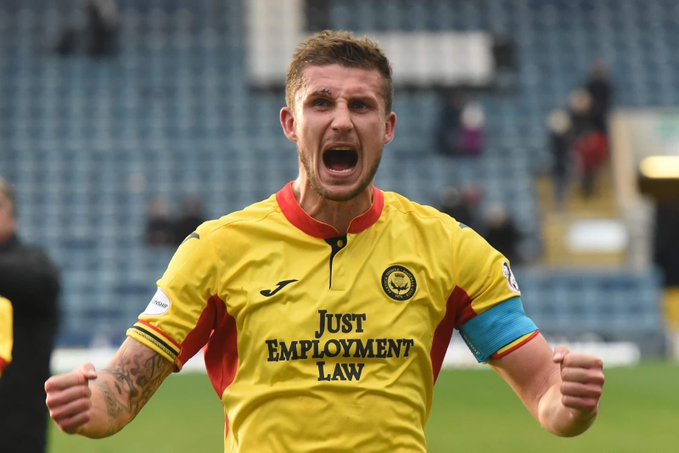 Sticking with the same goalkeeper has also led to a more assured looking back four. Sean McGinty and Ryan Williamson have started every game. Tam O’Ware or Steven Saunders partner McGinty, with James Penrice and Tommy Robson sharing left back duties. Since the defeat at Parkead, Thistle have only conceded three goals in the last four games, a quite unbelievable statistic when you consider thirteen goals were shipped in the first six league games. Once again, continuity and simplicity has been key. Caldwell regularly switched between a back three and back four, and the back line looked error-prone and nervy. Since the change in management, there has been much less confusion, and much more authority. Sean McGinty is the epitome of the improvement. Previously the brunt of a lot of criticism, the Jags skipper has been solid as a rock since McCall’s arrival – with a Terry Butcher-esque headband synonymous with his upturn in form. 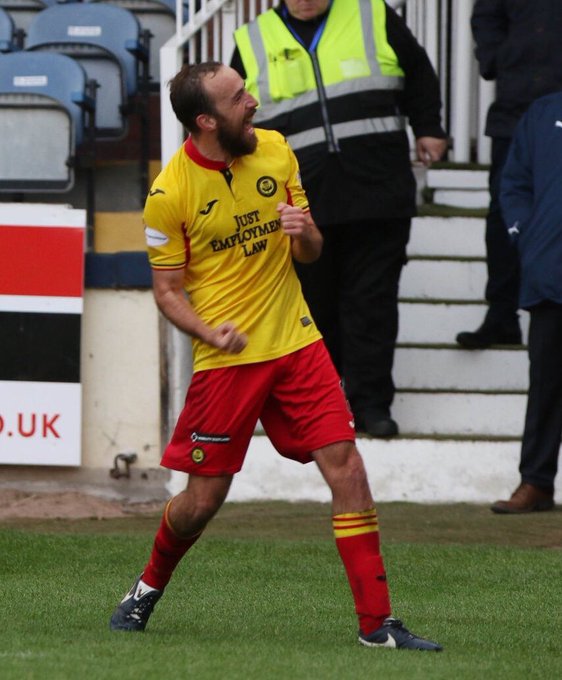 Fans’ favourite Stuart Bannigan has also returned to form, and I suspect you can put this down to the man-management of McCall. Before McCall’s arrival, “Banzo” looked a player short on confidence – passing mostly sideways or back and struggling to influence matches. In the last month, the midfielder has made the impact you’d expect from the ex-Scotland under 21 international. This was clear in the first league game of the new regime, as he broke forward from midfield and released Dario Zanatta to open the scoring in Inverness, something we’d rarely seen from Bannigan under Caldwell. After a horror spell with knee injuries, the club’s longest serving player looks to be getting back to his best. A rumoured new contract would not only be deserved, but vitally important in McCall’s attempts to turn the team into a winning one.

There’s undoubtedly still plenty of work to do for Ian McCall. In the last couple of games, Thistle have started in a 4-4-1-1 formation, a system McCall used regularly at Ayr. However, full backs have featured heavily in the wide midfield positions. This is partly down to the cup-tied and then injured Dario Zanatta being unavailable, but also due to the lack of depth in wide positions. Joe Cardle is the only out and out winger at the club who’s currently available, and the pressure on him to be the team’s creative spark has seen his form decline in recent weeks. A couple of wingers are required to take the pressure off Cardle. Raffaele De Vita has played as the number ten, off Kenny Miller, and this is another area McCall may look to bolster. Lewis Mansell thrust himself into the manager’s thinking with his first goal of the season at Dens Park this weekend, and with Kenny Miller notching his eighth of the campaign, those two should be enough to see us through until January. But with Miller approaching forty, and Mansell an unreliable source of goals, striker is another position where McCall will look to strengthen in January, especially with summer signing Alex Jones out long term with injury. 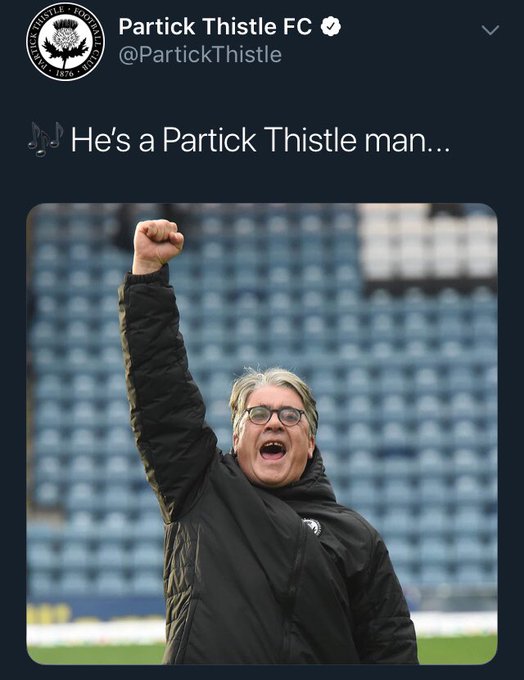 Another thing that has improved the mood amongst fans is the increased social media presence from the club. Unfortunately the gaffer can’t take the credit for this, but interviews with players right on the full time whistle, pictures of training sessions, and more engaging match-day content, has helped lead to a more positive environment in Partick Thistle Twitter and Facebook pages. Ian McCall has obviously helped this by starting to win football matches, but well done to the club for capitalising on this. Long may it continue.

Despite winning two out of three league games in charge, Thistle are still rooted to the bottom of the Scottish Championship. Of course, optimism should be cautious, and the focus should be immediately on getting clear of any kind of relegation trouble. But with only ten points separating all ten teams in the division after the first quarter, there’s reason to be cheerful in Maryhill. Ian McCall has installed a confidence in what looked a depleted squad of players. After a chronically miserable couple of years, it’s a good time to be a Partick Thistle fan again.