With the data explosion in football it has never been easier to find good players. Free sources like FBref and Understat allow even casual observers to sort players on various useful metrics –anyone can quickly find that Sergio Aguero had the best expected goals per 90 in the Premier League in 19/20[1] or that nobody completed more dribbles per match than Adama Traore[2]. And this is before we even consider paid subscriptions for industry-leading software such as Opta and Statsbomb. However, most clubs do not have the finances to just filter on certain stats and look to sign whoever shows up in top 10 results because they are likely already at an elite club or on the radar of one. I’ve had a look at a number of techniques that can give us an alternative view of players that may be of interest.

It's August 8th 2018 and Aston Villa announce the signing of Scotland International John McGinn on a four-year contract. It was a move that turned heads in Scotland as Celtic's late interest was unable to sway the head of McGinn, who opted to pursue his career in a more competitive environment south of the border. … END_OF_DOCUMENT_TOKEN_TO_BE_REPLACED

As we come to our first international break of the 2020/21 season we can start to take time to digest the performances of every team in the opening six rounds of the Scottish Premiership. This season has already produced some excellent stories and performances but, as always in football, performances don't always equal points gained. Pure Fitbaw are releasing our managerial power rankings as way of quickly assessing how each person in charge at a Premiership club has actually done so far. This is a method that might be more established within that other football (NFL) but is a way to try to rank teams based on more than just points gained.

This article is a subjective view, and we want to know what your rankings would be from 1-12 after you read this post!

I have always been a blue sky thinker when it comes to Scottish football. That could be on the recruitment side of things, marketing efforts, long-term planning strategy or anything else that is involved in the running of a club. We continually listen to the reasons why our clubs can't do things. With that in … END_OF_DOCUMENT_TOKEN_TO_BE_REPLACED

Coventry City were League One champions last season thanks to the division’s sternest defensive record. The team kept fourteen clean sheets from thirty-four games, only lost three times, and only once by more than a single goal. Put simply, this was a team that enjoyed defending. Central to Coventry City’s defensive record last season was a back three formed of three Scots, with the experienced Kyle McFadzean flanked by Michael Rose on the right and Dominic Hyam on the left. With the latter two being relatively young and having developed at an impressive rate over the past two seasons or so, they are both players who are likely to to be on Steve Clarke’s radar for the Scottish national team over the coming year.

Lawrence Shankland got all the plaudits last season, with considerable justification given that he scored 28 goals in 33 games in all competitions, but behind the headlines there was a lot to be said for Clark and the notable difference in performance of both Shankland and United as a whole when he was out of the side.

With just days before the Scottish Premiership 2020/21 season starts Owen Brown, Chris Samson and Gavin Miller discuss the SPFL’s handling of the lead up; the lack of a sponsor, the streaming service situation, foreign broadcast rights and the social media offering.

Restructuring Scottish Football The Scottish Football pyramid is changing next season but what if we didn’t stop there? Take yourself forward in time. It’s the 2026/27 season, the final whistle has just blown on a fresh, yet sunny spring day in the North East; Ayr United have just done the double over Aberdeen in the … END_OF_DOCUMENT_TOKEN_TO_BE_REPLACED 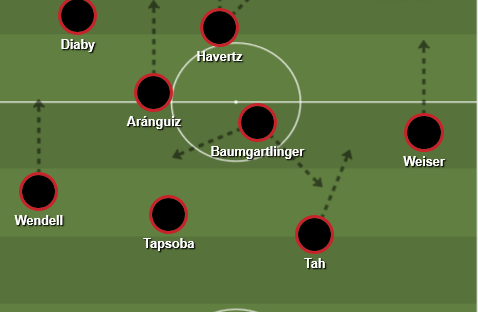 While this season looks to have come to a standstill on the domestic front due to recent faltering against Hearts, St Johnstone and Hamilton the Europa League appears to be an unlikely haven for Steven Gerrard and his team. Rangers face Bayer Leverkusen in what could easily be classed as their toughest test to … END_OF_DOCUMENT_TOKEN_TO_BE_REPLACED